Østerbro is a middle-class area close to Copenhagen city centre, situated just north of the lakes which divide the medieval town from the city of the industrial age. Seen from the air, Østerbro is a typical residential district from the end of the 19th century. The area is densely built up, with large, closed blocks 5-6 storeys in height. The architectural expression is very homogenous. The surfaces are mostly of red brick, with bays in sandstone, or painted surfaces. The bays are equipped with many reliefs and curlicues, with the windows placed just a couple of centimetres inside, contributing to the typical motifs of the time. The buildings possess a certain graciousness that makes Østerbro an attractive residential area. 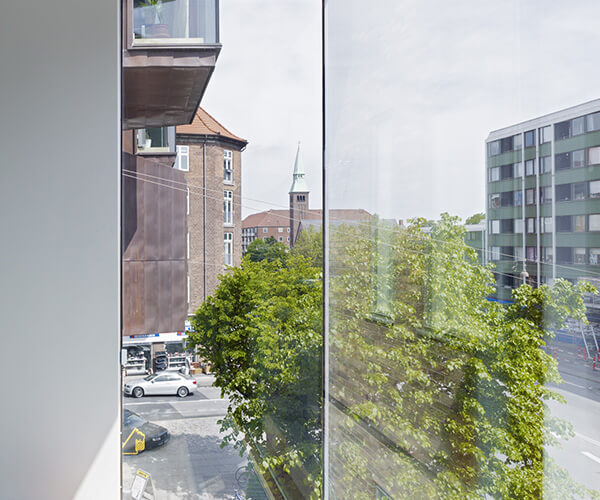 The development Østerbrogade 105 was constructed on one of the few vacant sites in the district, where a car dealer formerly had a multi-storey building which was not deemed worthy of preservation. In the solution of the task, it was very important to us to establish a dialogue with the distinguished surrounding buildings, one of which was designed by one of Denmark's best architects of the day, Anton Rosen.

Østerbrogade 105 is intended to be a contemporary, modern concentration of the building mass. The heavy brickwork that rounds off and concludes the block stretches along its entire length above a light glass wall which encloses the tall ground floor. The contrast of the heavy surface floating above the light, tall glass facade gives the building a touch of modernity and an unexpected base. Towards the sky, the building expresses a narrative on the classical compositional principles. Here, the building's substance is accommodated, concluding at the top in a dialogue with the neo- Renaissance attic windows of the neighbouring building, thereby creating terraces without changes in materials or a banal penthouse solution.

Into this surface, the new, modern bays are inserted like large eyes upon the world. The residents can thus step out from the surface and capture the lines of perspective of the street. The bays are serially staggered in relation to each other. Their internal architectural relations represent not just an architectural variation, but also a diagonal displacement of the plan solution within the apartments. The necessity of bringing the light from the south (i.e. the terraces) well within the bays created an unexpected dynamic between the rooms. The movements in the sloping surface culminate in the bays, while the plan is simply divided into four zones. Here you can choose for yourself where you wish to sleep and spend your waking hours.

The ground floor contains shops and cafés, and the entire complex consists of 55 rented dwellings. 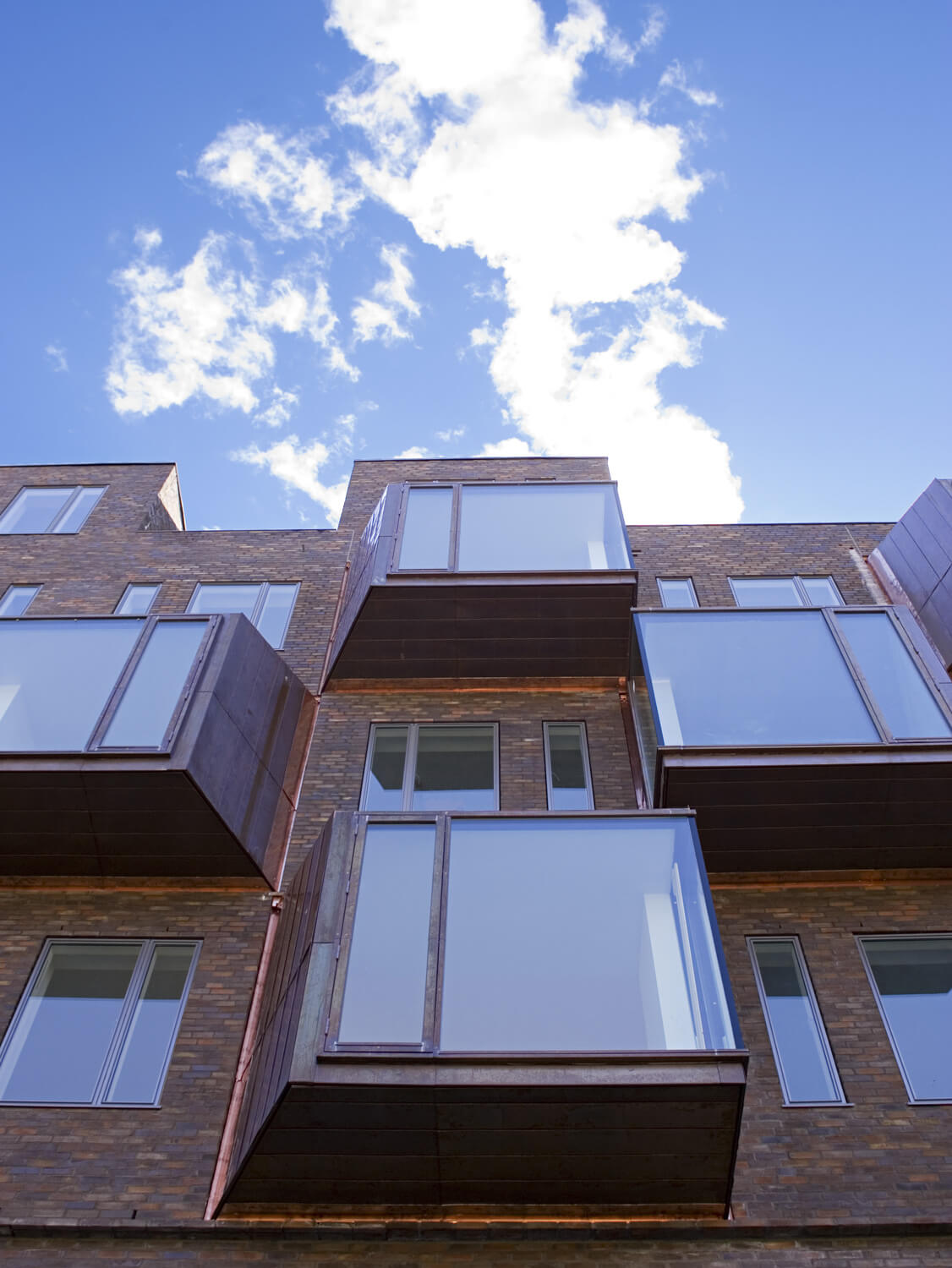 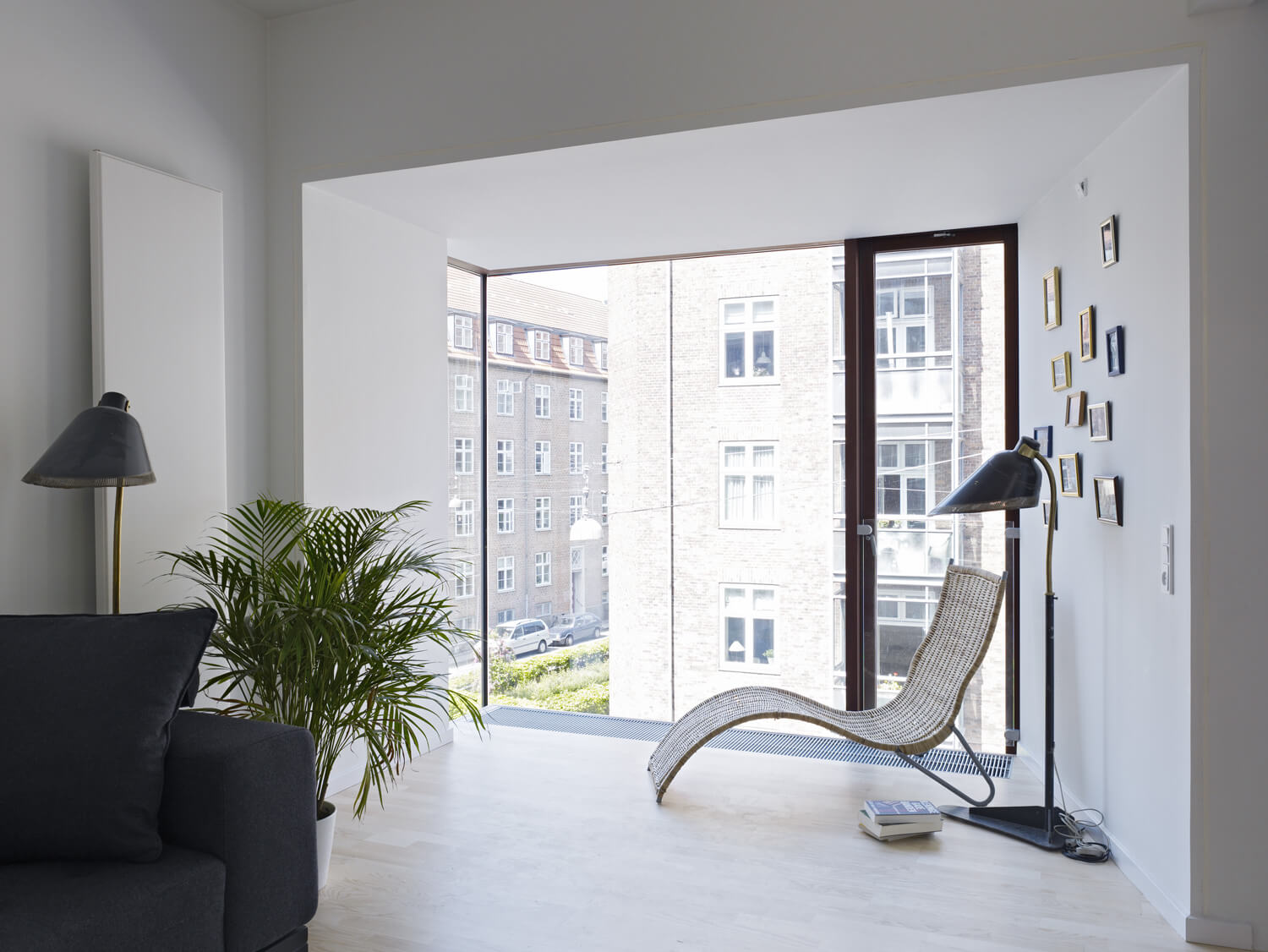 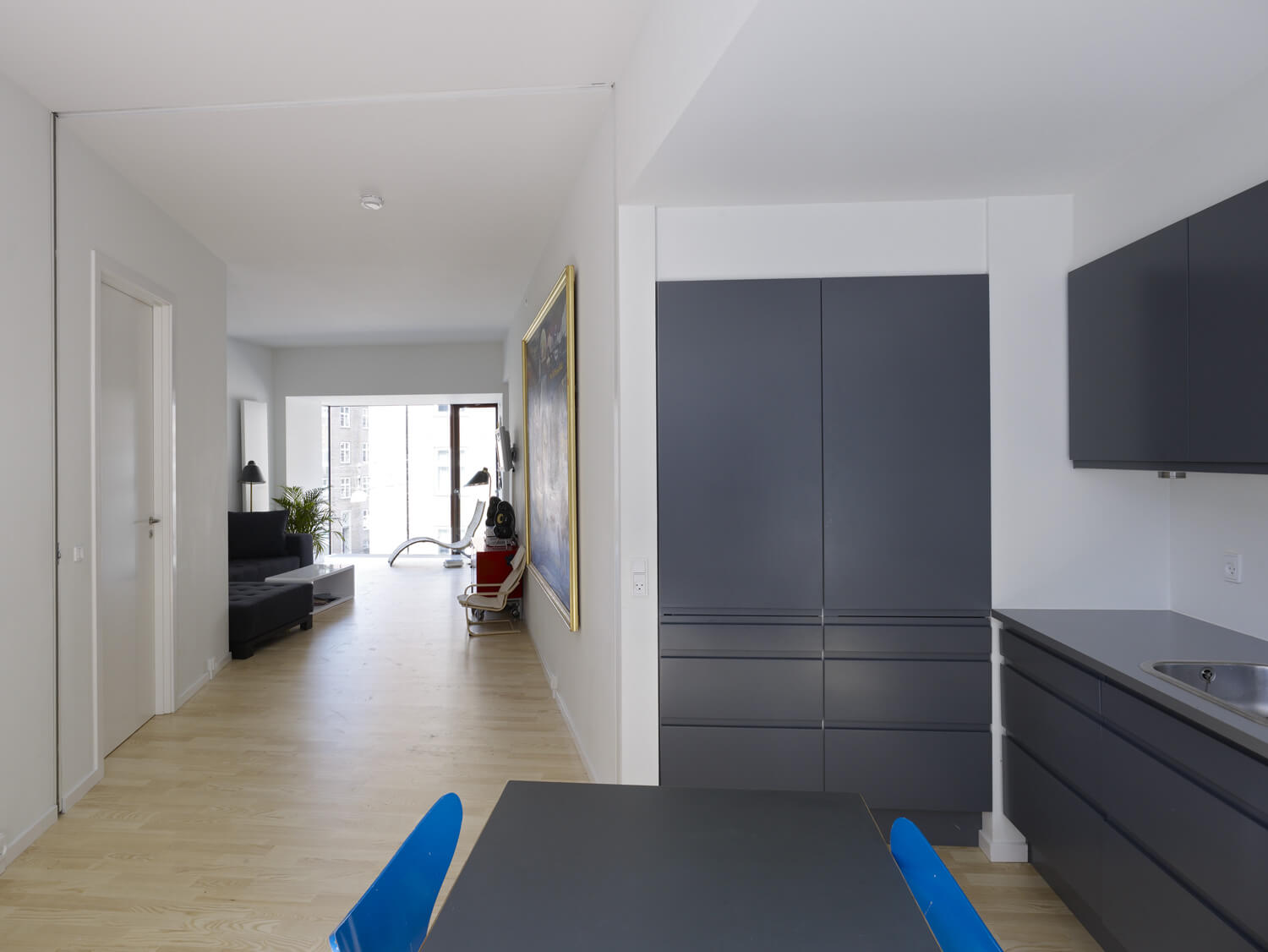 The materials consist exclusively of brick, copper and glass, and the unusual detailing arose from an exemplary cooperation between the architect and the client. 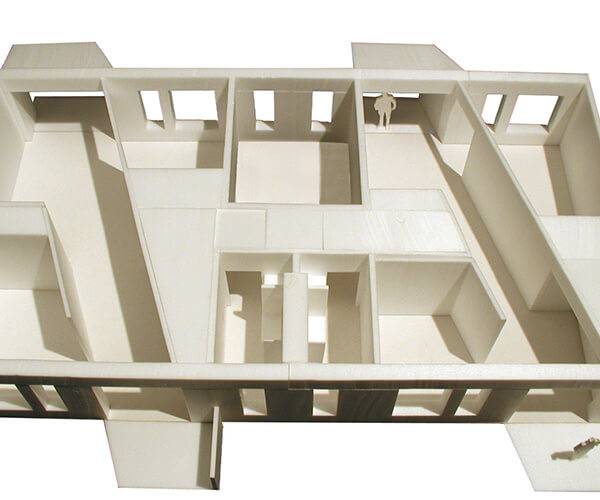 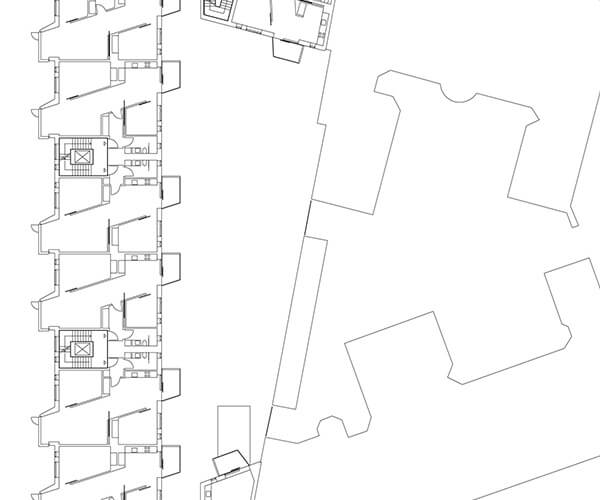 Subscribe to our newsletter to get the latest updates to your index.